Founded in 1902 by - according to the Club's history book - 12 fervent disciples and 20 or so lukewarm supporters. At this time the course was situated in Nagden Marsh and unlike now suffered greatly from the wet! In June 1911 the Club moved to its present home in Belmont Park with the land being leased to them by Lord Harris, the Kent and England cricket Captain. The Club had a slightly unusual condition in the original lease which is still in force today stipulating that the golf is subject to gaming and sporting rights i.e. pheasant shoots have priority!! The course was orginally built as a 2730 yard, par 38, 9 hole circuit after some disagreements between Lord Harris and James Braid as to the number of trees to be removed. In its first set of rules drawn up in 1911, fees were set at 1 guinea and 2 guineas for the entrance fee and membership respectively. It is at this point that the clubs long association with Shepherd Neame began with the local brewer presenting the club with a horse. During the 1920's the course was extended to 18 holes and developed in its maturity. Clyd Foster in an article in the London Evening News spoke of a visit to Faversham Golf Club,

'Belmont is an undulating golf course through grand glades, but somehow - because I think, of its air and sylvan peacefulness - it gives no feeling of fatigue during the journey round. The old deep-rooted turf holds the springiness of a rich carpet. You tread softy all the way; and that it is a boon and a blessing to a golfing man'.

Going from strength to strength during the 30's, the club hosted its first Kent Professional's Championship in 1937 where the Knole Park professional Sam King kept the 1936 Open Champion, Alf Pagham at bay with a win by 1 shot. In 1938 it was agreed that Captains and past Captains be allowed to wear pink dress coats with a light blue collar, should they wish. Whilst this privilege still stands there are none currently exercising the privilege.

The 40's were a difficult time for the Country and also for the club which had to close in February 1943, but did maintain 5 holes for the use of a few, including golfing soldiers. On de-requisitioning by the Army in October 1945 and with a £350 'dilapidation compensation', the course re-opened in April 1946.

The 50's began with an exhibition match between Ryder Cup players Sam King & Alf Pagham who were joined by Surrey Professional Bob French and Mervyn Gibbon's the clubs Professional, with the Ryder Cup players triumphant after a close 36 hole match. King and Pagham returned later that year to triumph again beating the Faversham and Ashford professionals, and taking the opportunity to enjoy the shooting in the Belmont Park Estate. Despite some very difficult financial 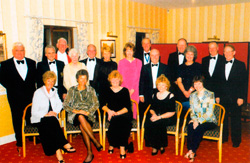 times in the 50's the club managed to survive, where many did not

With an upsurge in memberships in the 1960's, the clubs' finances took a turn for the better and with some course alterations was re-measured to 6,036 yards with a standard scratch of 69 against a par of 70, more improvements to the course, grounds and clubhouse in the 1970's were a testament to the growing success of the Club. Pictured (Mickey Walker (seated 2nd from left) was the guest of honour at the Centenary Dinner) 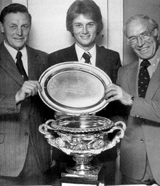 It wasn't until the 1970's that the club had its first national trophy winner with Mickey Walker winning the British Ladies Amateur Trophy in 1971 at Alwoodey in West Yorkshire. A feat she repeated in 1972. A Curtis Cup player in 1972, Mickey won a string of national championships and became the first British winner on the US LPGA Tour, going on to be a four time captain of the European ladies Solheim cup team. In 1993 Mickey was awarded an OBE as recognition for her services to Golf. Pictured (Roger Chapman with E. Farrington and F. Woolgar)

In 1977, member Roger Chapman brought home to Belmont Park the Kent Open Championship trophy, the first of many prestigious amateur wins before he turned professional and subsequently won his first Tour event of the Zimbabwe Open in 1988. Roger has been back to the club on several occasions when his busy schedule on the Seniors tour allows and in 2012 he won both the USA Senior Open and the USA Senior PGA Championship.

The club continued to prosper during the 80's and new land was acquired which became the now practice area. The piecemeal additions to the clubhouse continued during the 70's and 80's and whilst it did have its own charm it was becoming costly to maintain.

In 1987 our current Professional, Stuart Rokes, joined the Club as Assistant Professional, whether his arrival and the disastrous storms in October that year are connected are mere conjecture. The storms of October 1987 had a devastating effect on the course and hundreds of trees were felled on the course. Despite the damage and due to the extraordinary efforts of the greens staff and members the course was back in play within a month.

The 1990's began with drought and water restrictions, which allied with irrigation problems, had caused a lot of damage to the greens, as a result a great deal of work under the direction of an agronomist ensued, and as a result, the greens were brought up to a high standard. In March 1997 the members agreed to the funding of a new clubhouse to replace the much loved but demanding old one. The new clubhouse was opened in December 1997 by Tour Professional and member Roger Chapman.

The beginning of the 00's saw the Clubs centenary arrive in 2002. A 10 day festival of golf and socialising celebrated 100 years at Belmont Park in true style.

The club has continued to prosper since its Centenary, it has maintained its momentum in carrying out course improvements and its members are enjoying the superb setting and wonderful course, as well as its very comfortable clubhouse. The old clubhouse still exists, but has become the Managers Cottage.

Of special note recently is that both Micky Walker and Roger Chapman have been made Honorary Life members of Faversham Golf Club. 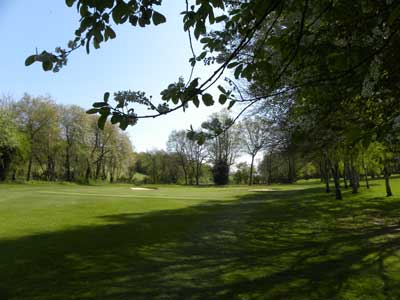 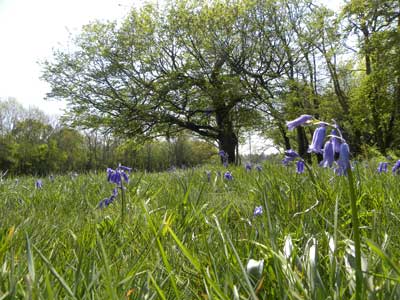 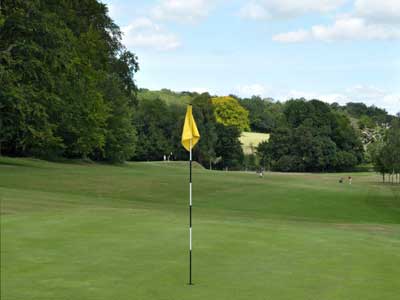 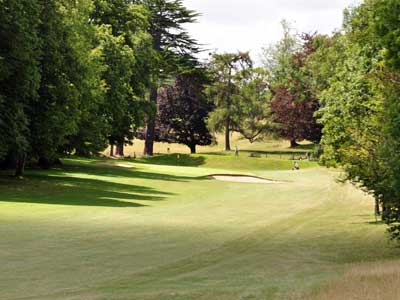 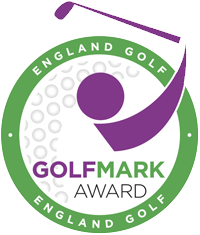